On the Run: Blogging the European Refugee Crisis

People all over the world were horrified last week when they saw the picture of a dead Syrian child, Aylan Kurdi, being picked up from the beach in Turkey. His family’s attempt to escape the brutal civil war in their country had ended in tragedy.

From Calais to Kos to Lampedusa, the blogging community has been following the refugee crisis in Europe — as well as the conflicts that feed it — as it rapidly escalated over the past two years, and especially this past summer. Here are some of the most powerful voices we’ve come across weighing in on this massive humanitarian disaster.

“A Letter from One Mother to Another“

In a post full of tragic irony, a writer contrasts the plight of a refugee mother with the sanctimonious complaints of a mother who’s safe at home with her kids:

What exactly were you thinking when you woke your children in the dead of the night, picking up the baby still asleep? Don’t you know how important it is for children to get enough sleep?

That baby you’re holding needs to be warm and comfortable, cocooned and safe, like a tiny bud, waiting to bloom in the morning. Those toddlers won’t be able to walk the miles you want them to in the black night in worn out shoes without a good night’s sleep.

“A Dispatch from a Syrian Refugee Camp“

Lionel Beehner visited the Zaatari refugee camp, in Jordan, back in 2013. He described the chaotic scene he’d encountered there in vivid detail, and his dispatch is even more haunting today, seeing that the plight of Syrian refugees has grown dramatically worse in the past two years. 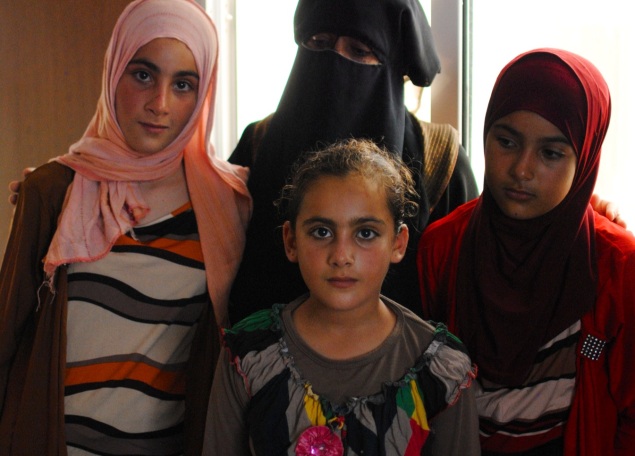 “Heading Off into the Refugee Tragedy in the Med“

Ali Criado-Perez is a registered nurse who has worked with Médecins Sans Frontières / Doctors Without Borders since 2007. She recently took off for a rescue mission in Malta, one of the Mediterranean islands that sees the highest numbers of refugee boats off its shores. Here are some of her words on the eve of her departure:

I don’t know exactly what lies ahead of me. I hope I’m prepared, physically and mentally, for this trip. I’ve done a fairly arduous sea-safety training, which entailed me leaping from a height into water, dressed in a survival suit, and clambering into a wobbly life-raft. But I don’t think anything — not even seeing people dying miserably from Ebola — can prepare one for finding 52 people dead in the hold from asphyxiation, as my colleagues did recently.

Quartz, an online business magazine, has put the spotlight on the refugee crisis in its Borders “Obsession” (a collection of related stories). It’s a place where interested readers can find the latest coverage of the news, including some of the more offbeat stories that might get buried in more traditional media outlets — like this one, on an Egyptian billionaire who proposed to buy a Mediterranean island on which to welcome refugees.

Moved by horrific scenes of chaos and dispair in the French coastal town of Calais — a gateway to Britain — a group of writers joined forces to share their poems in solidarity with asylum seekers. Here is an excerpt from Nina Simon’s poem, “Refuge”:

to an unfamiliar address
scrawled on well-thumbed paper
dreaming of safety,
a city paved in freedom.

When you talk about “encouraging more of them to come”, you have no idea what you are talking about.

In Sweden, British expat Helen Jones makes the case for the #refugeeswelcome movement, calling on Europeans to educate themselves on the causes behind the influx of refugees into the continent, and to find practical solutions to lessen the suffering of those who keep arriving.

This site is run by activists who support the cause of refugees in Calais. It’s used, among other things, to document the hardships suffered by those still stuck in the no man’s land that the city’s refugee camps have become, including their mistreatment by local officials and police.

“Calais: In the Warm Embrace“

Europe is itself made of transplants, migrants, and refugees — this is a point powerfully made by scholar and writer Claire Squires in her essay, where she recounts the history of her family (her mother’s side had settled in France to escape political turmoil in Algeria), as well as her childhood memories from visits to Calais, currently one of the epicenters of Europe’s refugee crisis.

“Escape to Freedom: Bringing a Syrian Family to Safety“

Russell Chapman, a freelance photographer and writer, recently helped a family of Syrian refugees to safety, accompanying them from Greece through Macedonia, Serbia, and Hungary into Western Europe. Read his post for an unfiltered, ground-level account of the harrowing trip through Europe’s eastern refugee corridor.