Many details about the violent death of Michael Brown in Ferguson, Missouri, remain unclear. What is beyond doubt is the intensity of reactions to this story — in the media and in neighborhoods all over the US (and beyond). Here are ten personal perspectives on this event and its aftermath, from writers representing a diverse cross-section of the WordPress.com community.

Writer and scholar Keguro Macharia reacts with his usual incisiveness to one of the signature chants of post-Ferguson protests :

If “Hands Up, Don’t Shoot” is an expression of “humanity,” as one tweet has it, we must ask for whom that humanity is available. In fact, the insistent repetition of “Hands Up, Don’t Shoot” by black bodies across the U.S. might offer a less promising narrative: it might suggest the banality with which black life forms can never gain access to the vernaculars of the human.

Many commentators on the violence in Ferguson have focused on the dangers of using a militarized police force to contain civilian protests. But how militarized is law enforcement in Ferguson? In a comprehensive, illustrated piece in The Nation, Lyle Jeremy Rubin, a political blogger and former Marine, guides the uninitiated through what he calls “the arsenal of racial oppression.”

Michael W. Twitty usually blogs about food cultures — especially those of African American communities. The events in Ferguson have prompted him to write a moving personal piece, “#Ferguson: My Thoughts on an American Flashpoint,” where he recounts his own experiences of discrimination and racial profiling. 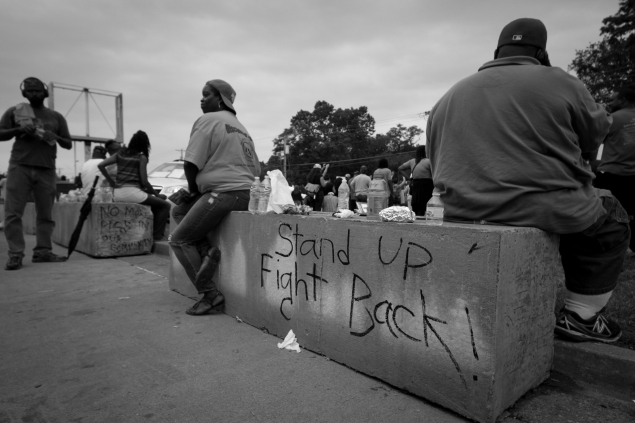 A blog by an anonymous police officer currently on duty in Ferguson, Dissonant Winston Smith reports on the challenges of wearing the very uniform that has come to represent violence and discrimination to many in that community. He writes, for example, on being the object of media scrutiny:

If police try to clear the media out before using gas they’re accused of trying to suppress the media’s freedom of the press. If police let them stay, they’re gassing the media which is apparently also evidence of media suppression.

“In reference to media suppression“

Writing from the other side of the police/press divide is journalist and media expert Dan Gillmor. He has recently published a piece in The Guardian about the power of citizen-journalists, in Ferguson and beyond, to expose inaccuracies (and, at times, outright lies) in official narratives by law enforcement agencies.

One of the biggest stories coming out of Missouri is the central role of social media — especially Twitter — in keeping the world informed of the violent clashes between protesters and police. In “The Digital Mosaic Public: Twitter and Ferguson,” blogger Brett Ommen takes a more skeptical position, pointing to the limitations of social media in bringing about change on the ground. 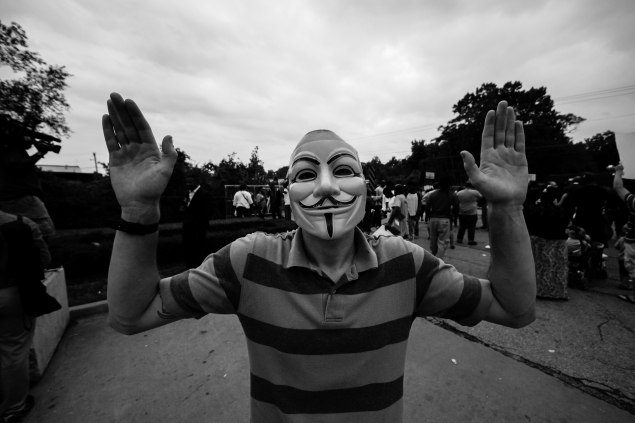 Digital media appealed to blackfolks for the same reasons that any innovation appeals to us. It is a chance to up-end legacy structures and institutions that have shut us out.  We are early adopters not to be cool but to survive.

Language and the way it can camouflage bigotry — both conscious and not — is a topic that blogger beccyjoy addresses head on:

By saying, “you do not have all of the facts” we are essentially saying “I don’t believe that you are smart enough to know what is happening right in front of your face.”

By saying, “this isn’t a race issue” we are saying “I know more than black people about what it feels like to be black.”

How do notions of complicity and privilege play into tragedies like the one unfolding in Ferguson? In her provocatively-titled post, “I am racist, and so are you,” writer Rachel Shadoan offers a panoramic view of the history of institutional racism in the US, and tries to find ways for individuals to help dismantle its heritage.

The violence in Missouri caps a summer full of bad news, from the Middle East to Ukraine and beyond. Feeling deflated and powerless, writer Bree Ervin has consciously decided to disconnect from events over which she has little influence.

In a thoughtful piece, “Retreating toward Happiness,” Bree explains that her decision doesn’t mean she no longer cares, but rather that her energy is better spent within her local sphere:

We wish you all a safe, sane weekend — and if you have another story related to Ferguson you’d like to share, please feel free to leave a comment.